If you do not have permission to be in the United States legally, either as a citizen or legal alien, then you are at risk of deportation. Even if you have been notified that you are subject to being deported, you still have at your disposal several legal defenses that could allow you to remain in this country. Here is a closer look at some of the legal options available to you.

Seeking asylum status is one of the most common ways to prevent any deportation proceedings from moving forward. Asylum seekers must show that they are in danger of being persecuted if they are deported to their country of origin. The fear of persecution must be based on one of five grounds: race, religion, nationality, political opinions, or membership in a social group.

Although immigration law does not specifically define what the word persecution entails in this context, the court system recognizes such actions as physical violence, torture, threats, unlawful imprisonment, and denying an individual's basic human rights as meeting the legal standard of persecution.

Another good defense for those who meet the eligibility requirements is known as the Cancellation of Removal. To be eligible for this status, you must have been in the US for at least 10 years and have a relative who is a lawful permanent resident who would experience exceptional hardship if you were deported. You need to show that you are of good moral character as well.

Another type of cancellation of removal is offered to those facing deportation who have been abused by a spouse or parent who is a citizen of the US or who is in the country legally. The Violence Against Women Act (VAWA) gives those eligible the right to permanent resident status as long as they meet the eligibility requirements, which include living in this country for at least three years and not having certain criminal convictions.

The Delayed Action for Childhood Arrivals program, known as DACA, gives undocumented immigrants who came to the US before they turned 16 the opportunity to have deportation efforts delayed for two years. The two-year limit is subject to renewal by the immigration authorities. You must pass a background check and also be under the age of 30 to be eligible for the deferment.

Receiving a notice for a deportation hearing is extremely upsetting, but, fortunately, you have a number of possible defenses that could stop any further deportation efforts by the government. Consult a deportation defense attorney to learn more. 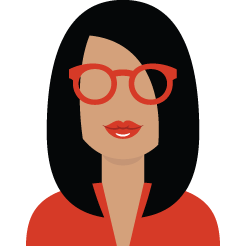